If you’ve already read Part 1 and Part 2, welcome to the third chapter of a brief history of Irish Americans in Boston! While the Revolutionary War was over, a new war was coming by the mid-1800s and the Boston Irish were here for it. We will explore their participation in the Civil War, the Irish impact during Reconstruction, and discover how the Irish rose to power in Massachusetts during the 20th century. 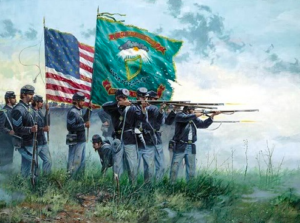 Long before the Notre Dame Fighting Irish Football team was created, the Irish bravely fought in the American Civil War. History estimates more than 200,000 Irish-Americans participated in the battles with the majority supporting the Union Army. While we don’t have the data for the Confederate Navy, Irish-born soldiers accounted for nearly 20% of the Union Navy between 1861 and 1865. 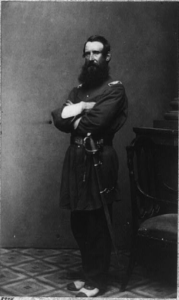 The Bay State alone supplied more than 10,000 Irishmen, many of whom served in the 9th Massachusetts Infantry Regiment. The “Fighting Ninth” Regiment, as it would later be called, was formed on June 11, 1861 under Colonel Thomas Cass. Some of the conflicts the 9th Massachusetts participated in include: the Battles of Malvern Hill, Mechanicsville, Fredericksburg, Second Battle of Bull Run, and the Battle of Gettysburg.

Let us know if you want to learn about the Irish and the Civil War from a national view instead of a Boston lens. 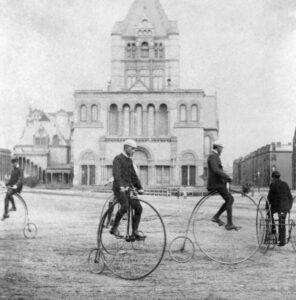 By the 1870s the Irish immigrant population in Boston had plateaued. The city itself had 250,000 residents, including 57,000 Irish. Boston was rebuilding after the Great Boston Fire of 1872 and the Irish were working hard to reassemble the city. As discussed in part 2, the First Wave of settlers came between 1820 and 1880. While immigration plummeted during the Civil War era, Boston’s booming industrial economy in the years that followed began attracting attention from different parts of Europe. 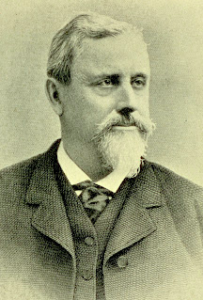 Attitudes towards Irish immigrants began shifting after their contributions during the Civil War. The influx of Italian, German, and Eastern European settlers redirected some of the negative attention once received by the Irish. In 1882 Patrick Collins became the first Irish-born Congressman from Boston. Two years later Hugh O’Brien became the city’s first Irish Catholic Mayor.

Stay tuned for part 4 of a brief history of Irish Americans in Boston!