Did you know one in five Massachusetts residents claim Irish ancestry? Close to 34 million Irish-Americans live in the United States today — many near Boston — meanwhile the current population of Ireland rests around 5 million. Ireland has a complicated history and while it is impossible for us to include every single detail, we’re going to break down some of the most significant events surrounding the history of Irish Americans in Boston.

When did the Irish come to Boston? 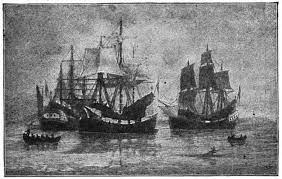 Life in Ireland during the 17th and 18th centuries was rough. Between droughts, labor shortages, and religious persecution at the hands of the Anglican Brits, the Irish had had enough. Many say the history of Irish Americans in Boston started when the first ships landed during the summer of 1718.

Who was on those first ships? 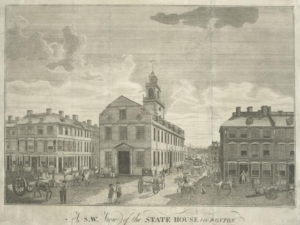 120 families from Ulster, Ireland arrived in Boston that summer. History tells us those families consisted of about 750 people in total, most of Presbyterian beliefs. The Puritans of Boston sympathized with these Ulster Presbyterians (sometimes referred to as Scotch-Irish) but questioned their ability to support themselves and assimilate into a city of 12,000 people. Something history does not dispute: Reverend James McGregor planted the first permanent potato patches in the United States at Londonderry Common Field in 1719.

Most Irish came to Boston as farmers, however many initially arrived as indentured servants. By the 1740s, 90% of indentured servants were of Irish ancestry. In early 1718, Reverend William Boyd traveled to Massachusetts from Ulster to negotiate land distribution for Scots-Irish families seeking relocation. Over 350 families signed the petition and began preparing for life in the New World.

In the years to come, more ships would set sail for Boston from Galway, Kerry, Clare, and Cork.

The Irish in Colonial Boston

History estimates close to 250,000 Irish immigrants settled in America during the colonial period. Irish settlements began popping up throughout the Appalachian and back country regions as Irish numbers grew substantially in the South. This post focuses on the history of the Irish in Boston but you can read more about the Irish in Colonial America here and here.

Irish Involvement in the Revolutionary War

The American Revolutionary War took place between 1775 and 1783. The decade leading up to warfare was tumultuous and tensions between Britain and the colonies was high — and the Irish were there for it in force. Close to 55,000 Protestant Irish arrived in America between 1763 and 1775 many of whom supported American independence. In fact, Irish and Irish-American soldiers comprised of anywhere between 25% to 33% of the American Continental Army.

Highlights of the Irish in Boston during this time:

On March 5, 1770 Patrick Carr of Ireland became one of five casualties of the Boston Massacre.

Several hundred Irish militiamen rushed to Charlestown in an effort to protect Boston from the Red Coats.  At least 22 Irish-born soldiers died at the Battle of Bunker Hill on June 17, 1775.

Despite exclusions in most modern-day textbooks, the Revolutionary War victory was largely attributed to Irish support. You can read more about ‘The Fightin’ Irish‘ and learn how their efforts shaped American history.

If you enjoyed this blog, stay tuned for part 2 where we’ll dive into more history of Irish Americans in Boston!