Boston is no stranger to tourism consistently ranking in the top 10 most-visited cities in the United States. That’s right folks, not even c*vid could prevent people from visiting the Cradle of Liberty. As travel continues gaining traction, we’ve gathered a few tips on how to spot a tourist in Boston. Whether tourists use these examples of things not to do on their next trip is up to them. Either way, the locals already got you spotted.

Americans pay an average of $113/month for their cell phone plans. Why is it that so many visitors end up asking locals for directions when Boston scores in the 97th percentile for coverage? Anyone asking strangers makes it easy to spot a tourist in Boston.

More than 3 million people successfully locate and walk Boston’s Freedom Trail annually. I wonder how many of them stopped a Bostonian to ask “where’s the Freedom Trail?” before looking down at the sidewalk for the most obvious of indicators.

Calling The T Anything But “The T” 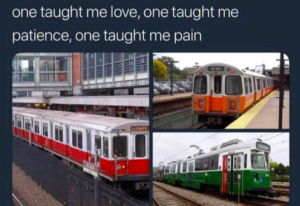 While it may be referred to on the record as the “MBTA Subway“, locals know it’s unofficially called “the T”. It’s not the subway, it’s not the train, it’s just “the T”. Most Bostonians have a love/hate relationship with this subway system but it is one of the nation’s oldest. Will it get you to your dinner reservation on time? Flip a coin and find out. 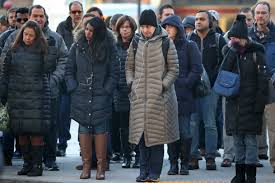 Boston is known for many things, but being a fashion-forward capital is not one of them. Don’t believe us? GQ once deemed Boston the “worst dressed city in America”. Bostonians gravitate towards preppy, conservative clothing in neutral colors.

We get it, you’re from New York and can’t possibly leave home without your beloved Yankees jersey. Sporting jerseys and memorabilia supporting other teams while vacationing in Boston is big tourist energy. Expect a few eye rolls and comments questioning your athletic allegiances. 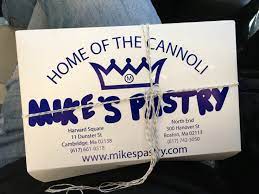 Sure Bostonians love Mike’s Pastry, but it’s unlikely you’ll catch many locals waddling around the streets of the North End with those iconic blue and white boxes in hand. No we don’t need to load up on half a dozen cannolis when we can easily pop into Mike’s and refuel daily.

Drawing a Blank at Dunks 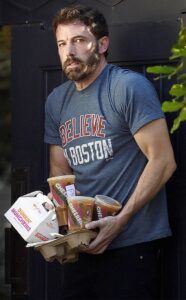 You’re in line at Dunks and the person in front of you stops to ask the cashier “what’s good here?”. If that’s not the surest way to spot a tourist in Boston, we don’t know what is. With more than 11,000 Dunks locations around the United States, Dunks falls into the top 10 most popular coffee chains in the country. A helpful tip for tourists: a “regular” coffee at Dunks comes with cream and sugar.

Boston and its inhabitants live at a fast pace. Whether it’s driving, talking, thinking, or walking, people here move quick. Slow walkers hogging the entire sidewalk (especially in the North End or anywhere around the Freedom Trail) is a dead giveaway that tourists be near. Do us a favor and pick up the pace or risk getting a less-than-friendly shoulder check.