In a city steeped in history, there’s bound to be a few ghosts. After all, Boston has seen its fair share of witches, wars, and everything in between. While we can neither confirm nor deny any paranormal activity, the US’ oldest metropolitan is known to have a somewhat spooky reputation. Whether you believe in ghosts or not, here are five allegedly haunted places in Boston you can actually visit. 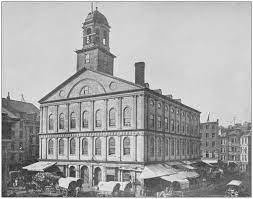 Construction on Faneuil Hall began in 1740 thanks to a wealthy New Yorker named Peter Faneuil. Unfortunately, Peter would never see the success of his vision as he passed away six months after the marketplace opened. He is interred at the Granary Burying Ground.  Reports of “blood-curdling” screams have been heard by visitors to Faneuil Hall spanning across the course of time. Whether those screams are from the ghost of Victor Hendrickson or someone else from the past is up to you to decide. 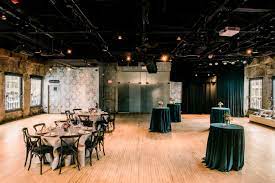 Known as one of the most haunted bars in the United States, Ned Devine’s has had its fair share of paranormal activities. From rolling barrels, moving salt and pepper shakers, and a mysterious woman dressed in Colonial attire, it’s safe to say there’s more to this multi-story bar than meets the eye. 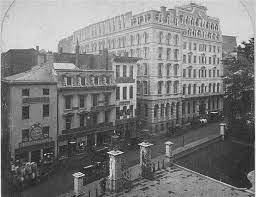 We’ve talked about the Omni Parker House before as it’s a historical hot spot. This hotel is also allegedly one of the most haunted places in Boston. The ghost of founder Harvey Parker has been spotted on numerous occasions interacting with guests on the 10th floor. A peculiar amount of noise complaints about Room 1040 have been filed—even when the room is unoccupied. The paranormal sights, scents, and sounds are known to continue on the third floor and beyond. 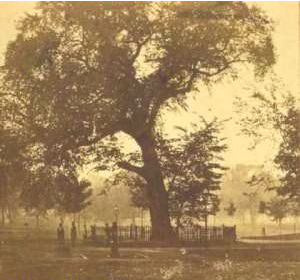 It’s anyone’s best guess as to how many people have been buried under Boston’s beloved Common. What we do know is In 1895 hundreds of bodies of British Revolutionary War soldiers were unearthed from a mass grave during subway construction.

Perhaps the biggest reason the Boston Common is one of the most haunted places in Boston is because it once served as a site for public executions.

Located in the southeast corner of the park is a plaque commemorating the “Great Elm” tree. While history prefers to highlight the “Great Elm” as a place where heroes gathered, countless public hangings took place from the branches of this tree. While an 1876 windstorm brought this tree to the ground, apparitions of Colonists and the sounds of rattling ropes and chains linger. 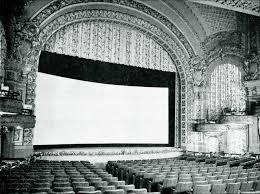 Phantoms of a former Boston mayor and a friendly couple as well as the sounds of a little girl crying have been reported on numerous occasions at Cutler Majestic Theatre.  Arguably the most haunted space in this theatre is the “Nightmare Room“. Shortness of breath, bad energy, and feelings of being watched are often detailed by those who enter this room.