Good bars come and go but the memories last forever — at least the ones we can recall after a night of too many cheap Bud Lights. While you won’t be able to recreate any awesome nights you’ve had at any of the bars on this list, we hope their legacies last forever. Without further ado, here’s a few of the Boston bars we miss the most.

Honestly, this one broke our hearts. After 16 years in business, Kenmore’s Eastern Standard permanently closed its doors after leasing issues became insurmountable. Word on the street is a sushi and seafood restaurant is opening in the same place Eastern Standard once stood.

Originally located across the street from Sam LaGrassa’s on Province Street, the Littlest Bar was once the smallest bar in Boston at about 400 square feet in size. Unfortunately, the Littlest Bar fell victim twice to condominium developments and shuttered for good.

Towards the top of our list of Boston bars we miss the most is Baseball Tavern — specifically the rooftop bar. Children of the 1970’s or 1980’s: do you have any memories of this place when it was known as Machine or Ramrod?

Allston hipster hot spot Deep Ellum was known for great food, craft beer, and a no-bullshit attitude. Unfortunately 13 years in business was no match for the pandemic and the restaurant closed in June 2020. In a not-so-surprising turn of events, sibling restaurant Lone Star Taco Bar expanded into the neighboring patio space.

What started out as a temporary closure turned into something more permanent for the Barracuda Tavern. We’ll keep our fingers crossed for a future re-opening for this ‘speakeasy’. Until then, this back alley dive is one of the Boston bars we miss the most.

If you didn’t get to celebrate St. Patrick’s Day at least once at McGreevy’s, our deepest condolences. The Boylston bar scene has lost some of its biggest players in recent times leaving doubt the drinking destination will ever recover. 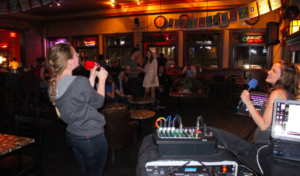 Let’s be honest nobody was really going to Patron’s in Allston for the food. You might’ve even stumbled into Patron’s because it was the only place in the neighborhood without a line (their $2 mystery shots were enticing too). Either way, we miss this divey spot and Wednesday karaoke night.

Jacob Wirth was the second-oldest continuously operated restaurant in Boston when it shuttered in 2018. Maybe you remember the $0.25 hot dogs or perhaps you shared a pork schnitzel on a first date. This place was like a little piece of Bavaria in Boston.

The closing of this Jamaica Plain staple surely shattered the hearts of Bostonians across the nation. Doyle’s served patrons across three centuries and has been featured in plenty of movies. Talk of a reprisal has been in the works for several months now — let’s hope the historical knick knacks inside Doyle’s have been preserved.