Despite the distance between Massachusetts and Mexico, burritos successfully found their way into Boston and into our stomachs. Burritos first began appearing on US menus during the 1930’s and immediately exploded in popularity. Nowadays, there’s plenty of variations on the authentic dish across the country. Here’s a few of our favorite places for the best burritos in Boston:

With five locations across town, Los Amigos knows what they’re doing when it comes to serving some of the best burritos in Boston. We love the Surf & Turf burrito (the smoky chipotle crema is out of this world) with a side of fried yucca.

In 1995 Anna’s Taqueria opened in Brookline, Massachusetts. Fast forward 25 years and there’s six locations scattered around the Boston area. Is Anna’s overrated? Quite possibly but it’s their consistency that keeps us going back for more.

A Fenway staple, El Pelón offers a menu jam-packed with everything from quesadillas and tortas to tacos and tamales. But their prize horse is the El Guapo burrito. The ‘handsome man’ is filled with grilled steak, fried plantain, beans and rice, cheese, lettuce, salsa, and sour cream.

With locations in Cambridge and Brookline, Boca Grande Restaurant is a great place to grab a burrito. We’ll even throw them extra points for their vegetarian menu options. 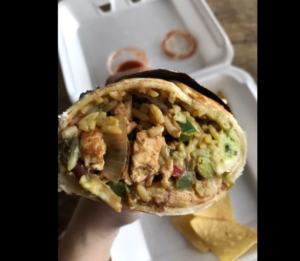 This is not a drill: tell all your West Coast friends Super Burritos #2 in Everett has a California burrito on the menu. If you’ve never tried one of these SoCal delicacies they’re filled with carne asada, french fries, guacamole, and cheese.

Felipe’s in Harvard Square has plenty of burrito options from barbacoa and carnitas to chipotle onions and pickled jalapeños. What’s better than burritos on a roof deck?

Looking for a burrito with a twist? Head to Viva Burrito in the West End for some of the best non-traditional burritos in Boston. Craving chicken curry or cajun chicken without the mess? Don’t worry, there’s a burrito for that.

You really can’t go wrong with anything from Amelia’s Taqueria. We especially love the carnitas chimichanga.

Located on Water Street, Villa Mexico Cafe is arguably the best spot to grab a burrito in Boston’s Financial District. The portions are hefty (with some reviewers claiming the burritos lasted two meals) at affordable prices. Order ahead for pick up to avoid the lunch rush. 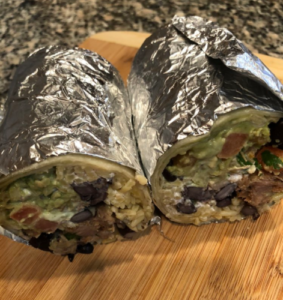 Sabroso Taqueria’s name doesn’t disappoint and their burritos are packed with flavor. Whether you find yourself in the Financial District or around Somerville, you’re close to one of the best burritos in Boston.