And we’re back for the third edition of Fenway Park history. In case you missed Part One and Part Two, Fenway Park was built (and then rebuild after several fires) and the Green Monster came to life. The Red Sox roster and Fenway attendance struggled significantly during WW2 and now the MLB was in the process of desegregating leaving Boston’s future uncertain. 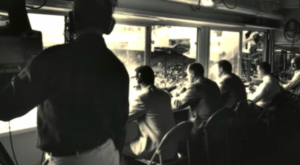 As attendance thrived permanent press boxes were installed to accommodate media personnel. Members of the press had access to the lounge located behind the skyboxes complete with a bar and buffet area. Another 1949 Fenway Park addition includes a separate clubhouse tunnel for visiting teams.

On August 11, 1949 Bobby Doerr and the Red Sox defeat the Yankees in a must-win scenario reducing New York’s lead to just 5 1/2 games.

The visitor’s clubhouse opens below the third base stands connecting to the visiting dugout via a private tunnel.

Baseball attendance had seen better years by the early 1950’s. The Boston Braves took a risk and relocated to Milwaukee leaving the Red Sox as the sole MLB team in the city. The Braves returned each year to play against the Red Sox at Fenway Park in support of the Jimmy Fund. 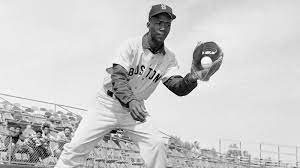 The Boston Red Sox finally desegregated (they were the last team in the MLB to do so) and Pumpsie Green joined the roster in 1959. 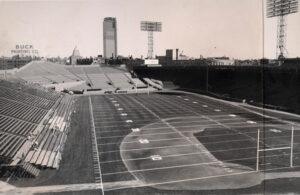 Carl Yastrzemski joins the Boston Red Sox for what evolve into a 23-season career.

Fenway Park hosts the first All-Star game that ended in a tie.

Attendance at Fenway Park still hadn’t recovered from the dip a decade prior leading the franchise to invest more resources into their expansion teams. One investment was an updated scoreboard including the expansion teams. 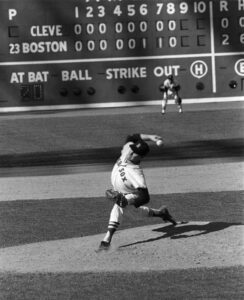 On September 17, 1965 Dave Morehead threw a no-hitter at Fenway Park. 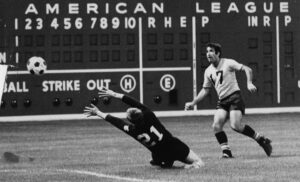 Soccer legend Pele leads Santos FC in victory over the Boston Beacons. That would be the last soccer game at Fenway Park for 42 years.

On June 28, 1969 Fenway Park hosted a professional wrestling match. Killer Kowalski and Bruno Sanmartino faced off at the home of the Red Sox for their third fight in Boston.

The Boston Patriots became the New England Patriots (after a brief stint as the Bay State Patriots) and left Fenway Park for a more permanent home: the newly-opened Schaefer Stadium.

Willie Horton kills a low-flying pigeon with a foul ball at Fenway Park. 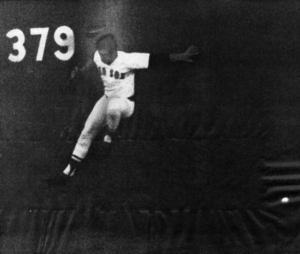 Fred Lynn collided with the concrete wall  in the outfield. This situation resulted in padding additions to the left and center field walls.

The Red Sox advance to the World Series for the third time since 1919 losing to the Cincinnati Reds reinforcing the Curse of the Bambino.