With a history spanning more than a century, Fenway Park is one of the America’s most loved baseball stadiums. Home to the Boston Red Sox since 1912, this ballpark has seen its fair share of heartbreak and heroism. We’ve rounded up some of the biggest events that shaped the course of Fenway Park.

While the National League began in 1876, it would take 25 years before baseball would receive the American League. Between 1901 and 1911 the Boston Red Sox (known for the first seven seasons as the Boston Americans) played at Huntington Avenue Grounds. Today a statue commemorating Cy Young and the original home plate location can be found on Northeastern University grounds. 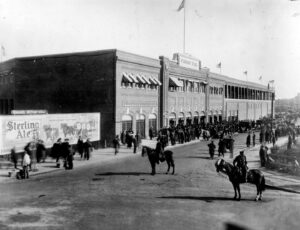 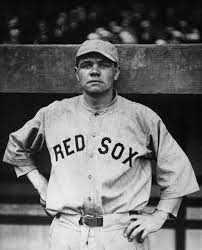 In the summer of 1914 left-handed pitcher George “Babe” Ruth joined the Red Sox at just 19 years old. Babe would remain on the roster for six years—winning the World Series three times— before ending up on the New York Yankees. The trade would trigger an 86-year World Series drought in Boston known as the “Curse of the Bambino“. 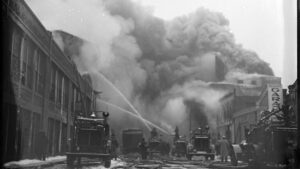 On May 8, 1926 a fire broke out in the left field bleachers charring chunks of the stadium and destroying the fencing along Lansdowne Street. Owner at the time Bob Quinn made no attempt to repair the damages and used the insurance money he received to pay operating expenses.

Two months later, on July 19, a massive storm swept through New England Fenway Park destroying several hundred seats along the way. The baseball franchise and stadium remained in near shambles for several years due to Quinn’s failing financial status.

Desperate for a way out, Bob Quinn sold Fenway Park and the team to Tom Yawkey on February 25, 1933 and stadium renovations were soon under way. 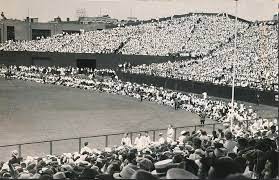 On January 6, 1934 another fire erupted causing substantial damage to the ball park. The fire lasted for five hours and despite over 700 construction workers at the stadium that day, no lives were claimed. Owner Tom Yawkey continues rebuilding Fenway Park eventually spending $1.5 million on the project. The renovated Fenway Park opened on April 17, 1934. Also noteworthy: the Boston Redskins football team and other local sports teams began making use of the stadium that year.

The Red Sox placed fourth that season winning 33 more games than the year prior. Thanks to Yawkey’s money, the franchise was able to attract more talented players and things were finally starting to look up.