Despite its size, Massachusetts packs a punch when it comes to food trivia. But how much do you know about the history of food in the Bay State? We’ve rounded up a few fun facts and stories behind some very iconic food from your favorite state.

On May 4, 1970 cranberry juice became the official state beverage of Massachusetts. It would take 24 years for Massachusetts to formally name the cranberry as state berry.  Native Americans introduced cranberries to the colonists in the 1600s. Fast forward to 1816 when Captain Henry Hall noticed sand improved the growth of cranberry bogs. Others took notice and the industry began booming. Fun fact: some cranberry bogs on Cape Cod are over 150 years old. 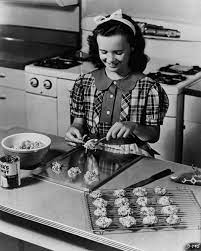 While making cookies in 1937 Ruth Wakefield, owner of the Toll House Inn, ran out of nuts and substituted chocolate. The result? An incredibly sought-after chocolate chip cookie recipe still printed on each bag of Toll House Semi-Sweet Chocolate Morsels and a lifetime supply of chocolate from Nestlé. In 1997, a third grade class pushed to make the chocolate chip cookie the official state cookie. They succeeded.

Cod Got your Tongue

Designated as the official state fish of Massachusetts in 1974, the cod has a lengthy history in the Bay State. State House visitors have probably seen the ‘sacred cod’ on display. Some people might even remember the time it was stolen in 1933. Whether you love this flaky white fish or hate it, the cod has been a symbol of Massachusetts prosperity for over 200 years.

You’ve Gotta Be Fluffing Kidding Me 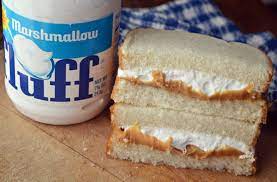 The Fluffernutter sandwich perfectly pairs white bread, marshmallow, and peanut butter creating the stuff dreams are made of. In 1917 the infamous fluff recipe was developed in Somerville and the sandwiches were sold door-to-door. In 2006, lawmakers attempted to cap the number of times schools could provide students with Fluffernutter sandwiches down to just once a week. Fortunately for some, the people’s love for their unofficial state sandwich prevailed and no limitations were placed.

Bostonians couldn’t get enough of the delicious vanilla cream filling. In 2003 the state declared the Boston cream donut as the official donut of Massachusetts. 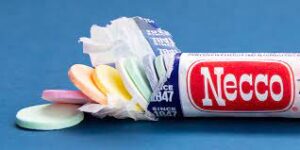 Whether you received these in a Valentine’s Day card or used them as poker chips, Necco Wafers are a Massachusetts candy staple. In 1847 the New England Confectionary Company (aka N.E.C.C.O.) first introduced the infamous Wafers. The same company would eventually create candy hearts with stamped messages such as “sweet pea”, “first kiss”, and more recently “wicked cool”. Unfortunately the longest continuously produced candy in the United States fell onto some hard times in 2017 ending with the company declaring bankruptcy. Today Necco Wafers are produced by Spangler Company—they even kept the familiar packaging. Fun fact: because they don’t melt or expire, Neccos were a popular treat for soldiers during WWII.