Did you know the longest operating hotel in the United States is in Boston? Originally named Parker House Hotel, this historic landmark opened in 1855. Since its inauguration, the Omni Parker House has hosted its fair share of famous guests and employed quite a few familiar faces. We’ve rounded up some interesting facts and stories about this famous Boston hotel below. 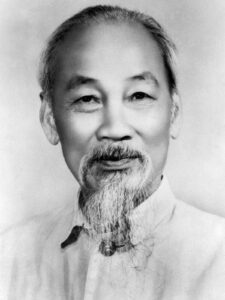 The future founding father of modern Vietnam worked as a pastry chef at Boston’s Omni Parker House in the early 1910’s. While not much is known about Ho Chi Minh’s early travels, Parker Restaurant diners between 1912 and 1913 consumed quite a few Boston cream pies and Parker House rolls prepared by the young revolutionary. Fun fact: Ho Chi Minh is not the only famous Vietnamese politician with Boston ties.

Known then as Malcolm Little, the future activist worked as a busboy at this Boston hotel in the early 1940’s. Before finding his footing in Boston—Roxbury to be exact—Malcolm X spent time in Nebraska, Michigan, and New York. Fun fact: Ho Chi Minh and Malcolm X share the same birthday: May 19. 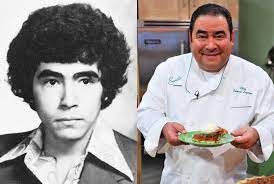 Famous now for his Creole cooking, Emeril Lagasse got his start as a sous chef at the Omni Parker House back in 1979. Check out season 1 episode 7 of The Originals with Emeril and watch this chef return to his roots. Bam! 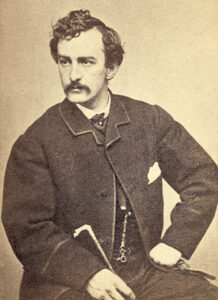 Known at the time in the Boston community as a stage actor, John Wilkes Booth was often spotted at the Parker House during the 1860’s. A prime candidate to kidnap President Lincoln, Booth met with the Confederate Secret Service at the Boston hotel on July 26, 1864 to discuss their plot. Fast forward to April 1865 when John stayed in Boston at the Parker House little more than one week before assassinating the President.

Two days later, a man named Thomas “Boston” Corbett would find—and kill—Booth with a bullet that struck in the same place as the one that hit Lincoln.

Strange coincidence: Mary Todd Lincoln stayed at the Parker House in November 1862 while visiting her son Robert, a Harvard student.

Established in 1855 as a way for Boston’s authors to gather, The Saturday Club met on the last Saturday of the month at the Parker House. A few famous members include Ralph Waldo Emerson, Henry Wadsworth Longfellow, Nathaniel Hawthorne, and Charles Dickens. Fun fact: Dickens recited A Christmas Carol while residing at the Parker House.

Plenty of paranormal activities—especially on the third floor—have been reported. The ghost of owner Harvey Parker has been spotted on the 10th floor interacting with guests. Actress Charlotte Cushman passed away in her room on the third floor and may still be lingering around the Boston hotel occasionally summoning the elevator. Stephen King’s 1408 (and later feature film starring John Cusack) was allegedly based on the strange occurrences in room 303. We’ll leave it up to you to decide if the Omni Parker House is haunted.