Chances are if you reside in New England, you’re familiar with a few Boston charities. One of our favorites at Purely Boston is the Jimmy Fund. The history of the Jimmy Fund is substantial combined with unparalleled strives towards curing cancer. Below we’ve highlighted a few of our treasured milestones accomplished by the Jimmy Fund and Dana-Farber throughout the years.

In case you were wondering, yes the Scooper Bowl will take place this year between August 19 and August 22. The event is virtual—allowing participants to order ice cream kits for pickup only. 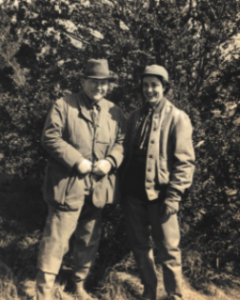 The Jimmy Fund is named the official charity of the (renamed) Boston Red Sox courtesy of Tom and Jean Yawkey.

Following in the footsteps of the Boston Red Sox, the Massachusetts Chiefs of Police Association adopts the Jimmy Fund as their official charity.

Dana-Farber expands resources to both children and adults with cancer. 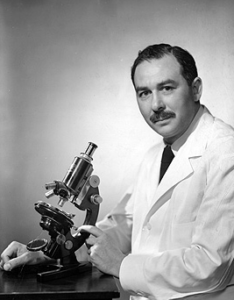 Billy Starr initiates the Pan-Mass Challenge donating 100% of proceeds to the Dana-Farber Cancer Institute via the Jimmy Fund. The course takes two days to complete and runs between Sturbridge and Provincetown. Fun fact: the PMC bike-a-thon raises more money than any other athletic fundraiser in the United States.

To celebrate the 40th anniversary of Dana-Farber, cancer survivors and their families participate in a reunion.

Dana-Farber releases incredible studies indicating that two out of every three children treated at the Jimmy Fund Clinic are cured.

The original “Jimmy”, Einar Gustafson, makes a special appearance at Dana-Farber to celebrate 50 years of progress.  Fun fact: Einar remained unintentionally anonymous for decades after his remission leaving much of the staff at Dana-Farber wondering his fate.

The Boston Red Sox win the World Series for the first time in 88 years. You better believe fans at Dana-Farber watched and cheered their team from their hospital beds. The Pan-Mass Challenge celebrates its 25th anniversary.

Not only did the Boston Red Sox win the World Series, they also celebrated a 60-year partnership with Dana-Farber. Did you know each year a member of the Red Sox is selected as the Jimmy Fund Captain? Pitcher Nathan Eovaldi is currently serving as ambassador for the 2021 season.

Between 1980 and 2015, the Pan-Mass Challenge yielded over half a billion dollars for the Jimmy Fund and Dana-Farber.