Let’s get this out of the way:

I know Tom Brady is the Greatest of All Time.  I believe him to be up there with Gretzky and Jordan.
I know the Pats are 10-2.
‘In Bill I Trust’ is tattooed on my face.

I believe the Pats will beat the Chiefs next week because I am a homer at heart.

Also, I need them to win because I’m going over my buddy Spud’s house and he is miserable to watch a game with when our teams lose.  I’m talking you drink twice as much, twice as fast because he is that horrible to be around should the local team be down.

However;
The only time the Pats have had success at the expense of the opponent in the last 4 weeks has been in the No Huddle.  Where was that yesterday? Was it the 3rd string centers fault? Does he not know the drill? I highly doubt it. How about 5 wide?

I’m willing to accept, without knowing who was actually sick, that we can rightfully blame some of the play on the flu.  When I have a cold, you’d think the plague had struck me and I was at the point of last rites. No chance I could play tackle football with the plague or a cold.

With that, I’m hoping that Marcus Cannon was sick and therefore found himself to be a turnstile on passing downs.

Tell me Sanu was ill and that is why his routes and hands were so sloppy.  Tell me his head was stuffed so that he didn’t have the energy to yell over at the sidelines and ask for a replay after he was so clearly interfered with in the 4th.

Please tell me that Josh McDaniels had the plague and that is why, when the Texans went up 28-9 with 9:53 left in the game, he went into garbage time mode.  The offense messed around with clock bleeding runs and short tosses up the middle. That left them with 50 seconds after the Pats brought it to 28-22 instead of the extra 3 minutes or so the Pats ran off the clock.  Inexplicable.

As for Tommy Sour Puss; hey kid, at what point are you going to accept that it’s December and nobody else is walking through that door.  Who are you mad at? How about turning some of that mad at yourself because you have sucked for whatever reason these past 4 weeks. You want to blame it on everyone else or are you going to live up to your standard interview answer and ‘be hardest on myself for a bad performance’?

Enough moping about AB.  Your man let you down by threatening a woman.  The Pats tried and he failed. For all you dunderheads who are saying the Pats should bring him back now, a news flash:  He threatened a woman via text and the NFL would never let him take another snap this season. Get that through your skull and dream of Gronk dancing around in a Lakers cheerleader uniform.

Unhappy with the rookie receivers?  Not on the same page? They make rookie mistakes?  Gee, if only there was a ‘get to know you’ training where you could initiate the newbies to how you would like them to approach the game.  Oh wait, there is! OTAs! That’s right, you were right down the street so you couldn’t go to the OTAs what with all the playdates and TB12 appearances.  Shucks!

This whole benching of a rookie after one mistake is absolutely counter to adult learning processes.  First of all, the ball should have never been thrown. That’s on the 42 year old adult. Second, you spent a 1st round draft pick on N’Keal Harry.  When you bench/ignore him after a gaff, he doesn’t learn how to be better.

How about sending him right back out there and run the same play the way you did with Sanu when he first got here?  How about, instead of scowling at him, you shake him by his shoulder and say ‘forget about it kid, we’re on to the next set of downs.’  The kid is 6’4” 225 and you have him sitting down on an 8 yard curl. He’s already showed you he knows the sideline, back shoulder route.  You gotta be kidding me with this nickel and dime poop with this kid. Coach the kid from the huddle! As Frank Slade said in ‘Scent of a Woman’

“Let him continue on his journey.

You hold this boy’s future in your hands, Committee.

It’s a valuable future, believe me.

Don’t destroy it. Protect it. Embrace it. It’s gonna make you proud one day, I promise you.”

Look, I know the Pats are 10-2 and that is a great record.  I love that 3 of the 4 remaining games are at the Razor. However two of those games are against the Chiefs and the very good Bills.  The Bills have that defense that can penetrate the Pats susceptible O-Line and rattle Tommy Five Steps.
Forget the fellowship of the miserable, there are reasonable people who are concerned that the Boogeyman have been Ghostbuster’d and that Tommy Four Two is playing like any man his age.

Is this the week that Brady realizes it isn’t leadership to piss and moan about your receivers and he puts on show with what he has?

I think he will.  I think the KC defense is just what the doctor ordered for a struggling offense.

It’s time to give Dwight Evans his due 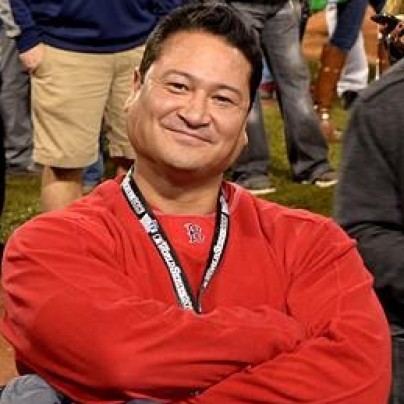